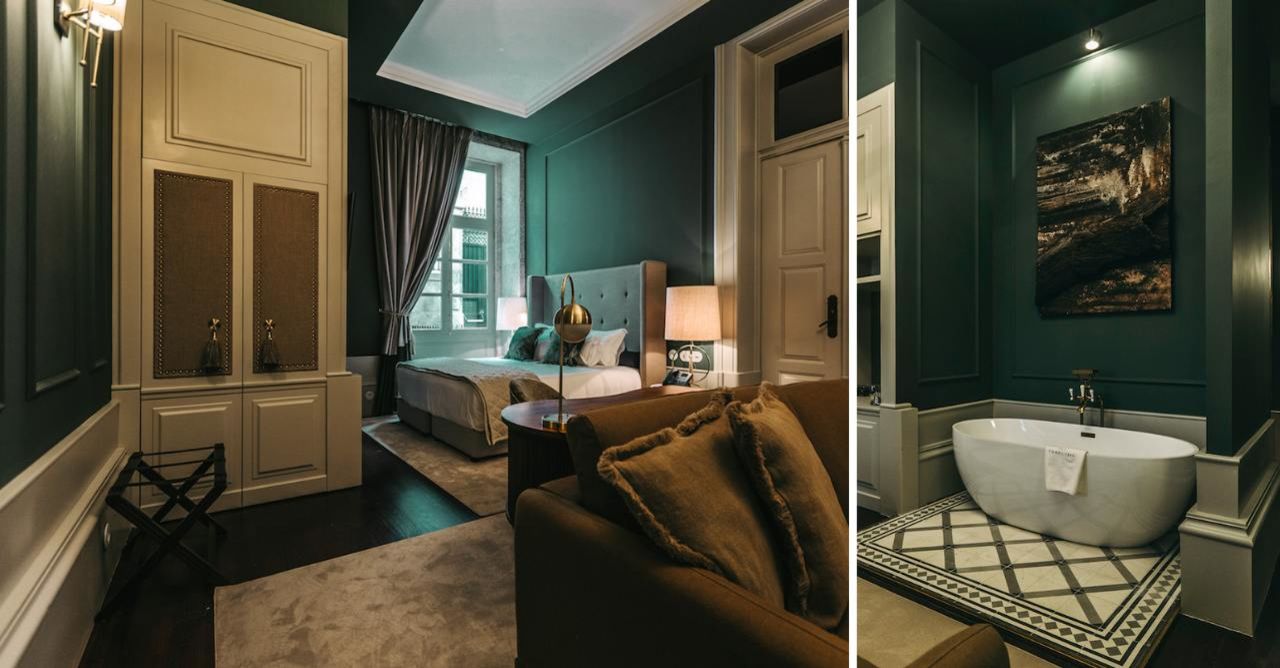 This interpretation is done using dark green and blue tones as predominant colors. This representation of Exotic Woods (madeiras exóticas in Portuguese) is complemented by the wallpaper, with brown tones, used in the bathroom, from the old chest of drawers, made of dark wood; and, finally, through the huge picture of a Forest, painted by Jorge Curval.

This room has a bathtub and a twin bed.

See our other rooms in the Double Deluxe with bathtub category: #2 Malagueta, #4 Pássaros Exóticos, #5 Café, #10 Porcelanas.

Madeiras exóticas can be found in a variety of textures, colors, patterns and densities, and come from many different countries.

Madeiras exóticas are used for floors, boat decks, wooden pens, furniture in general, and laminates, panels, and bowls, among other utensils. 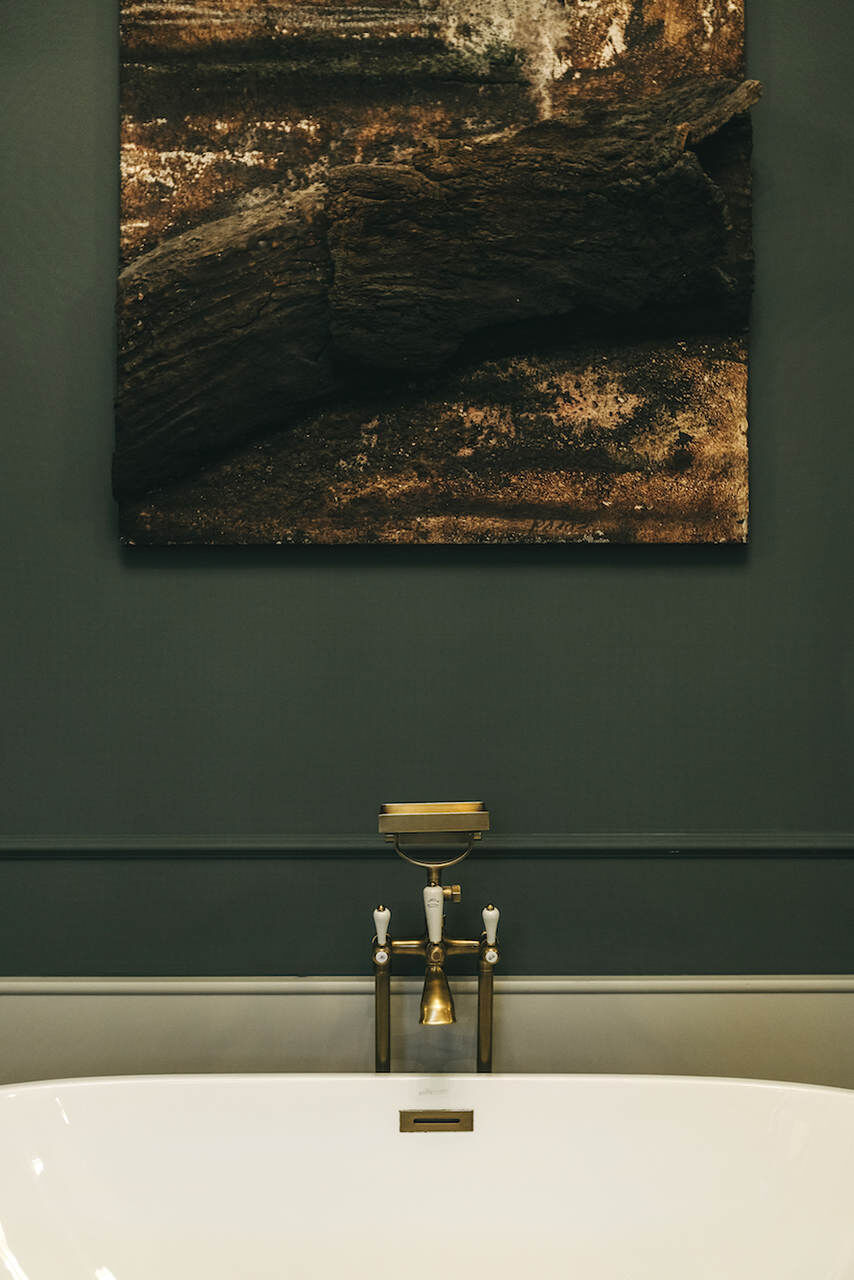 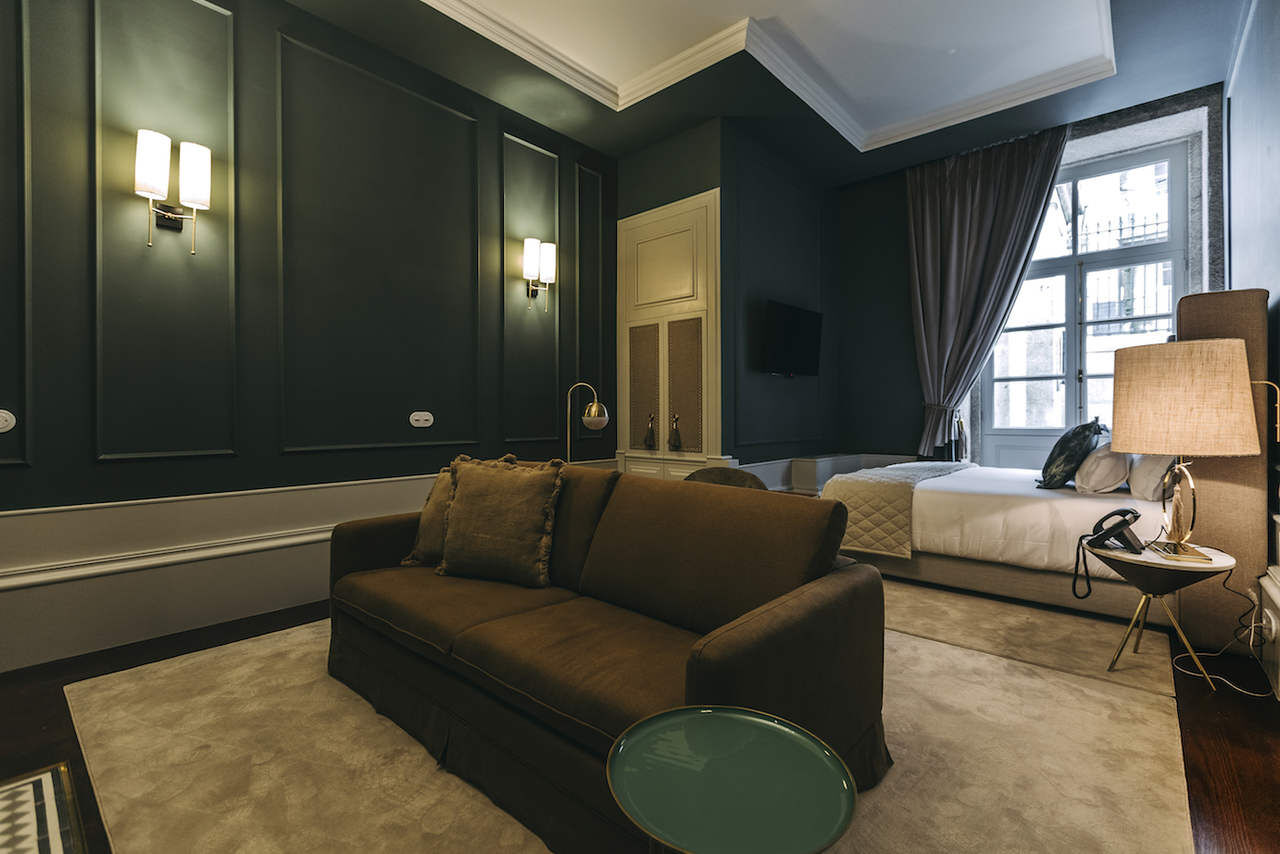 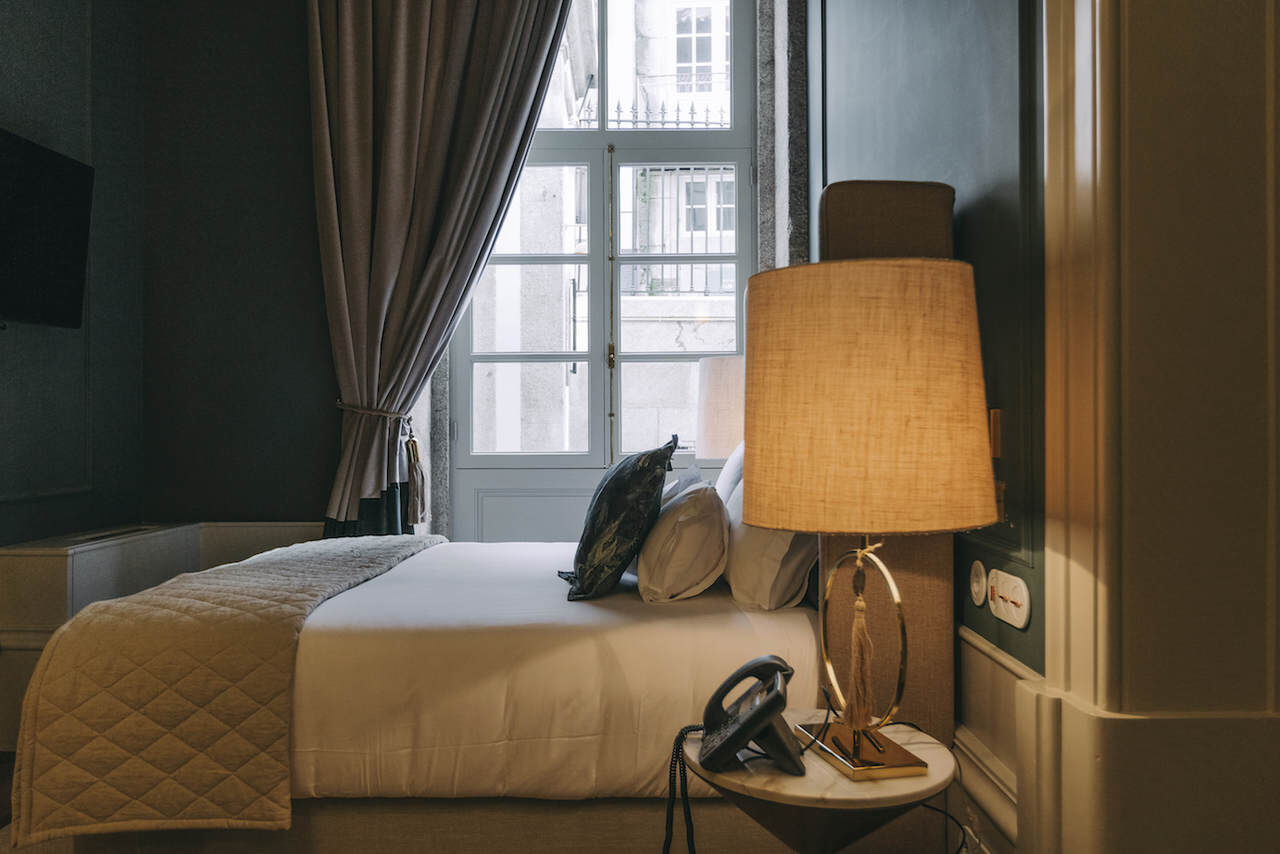 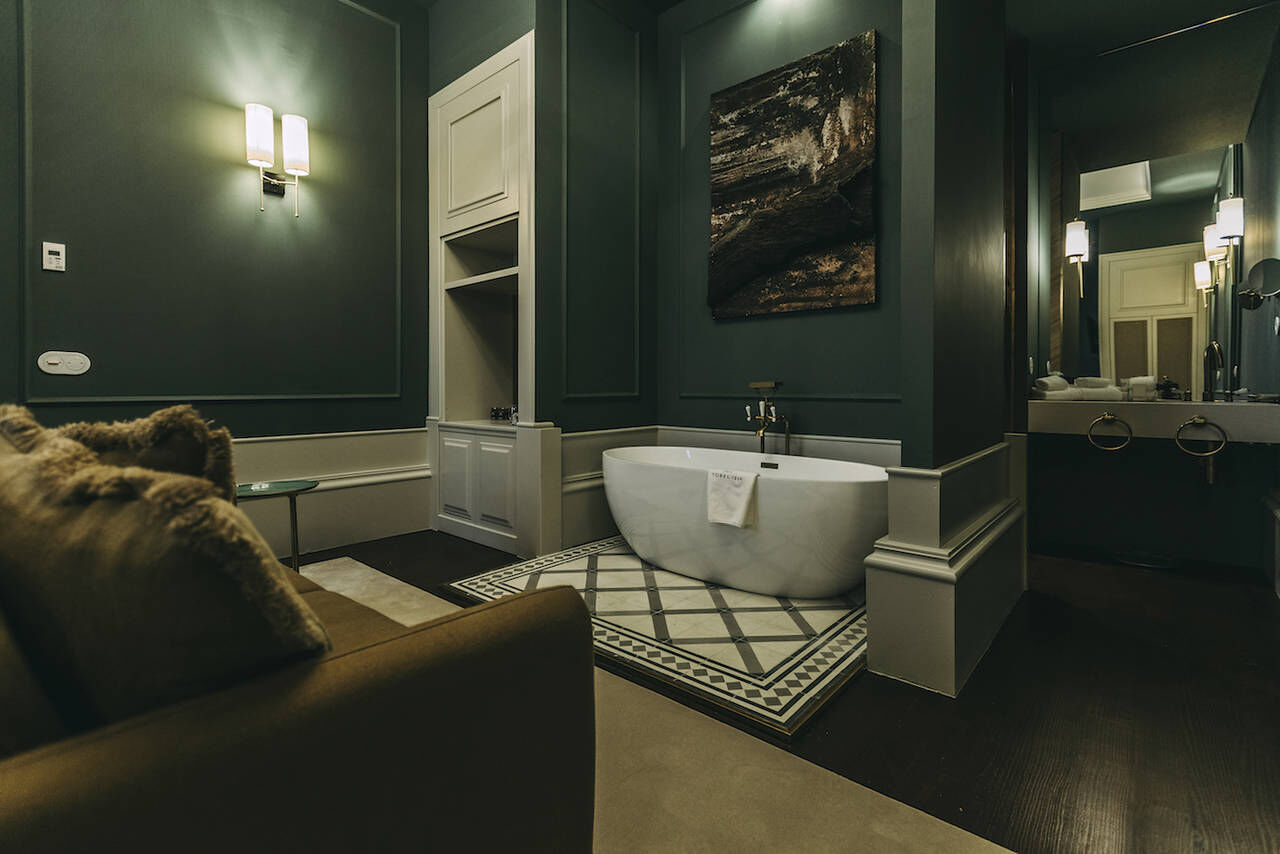