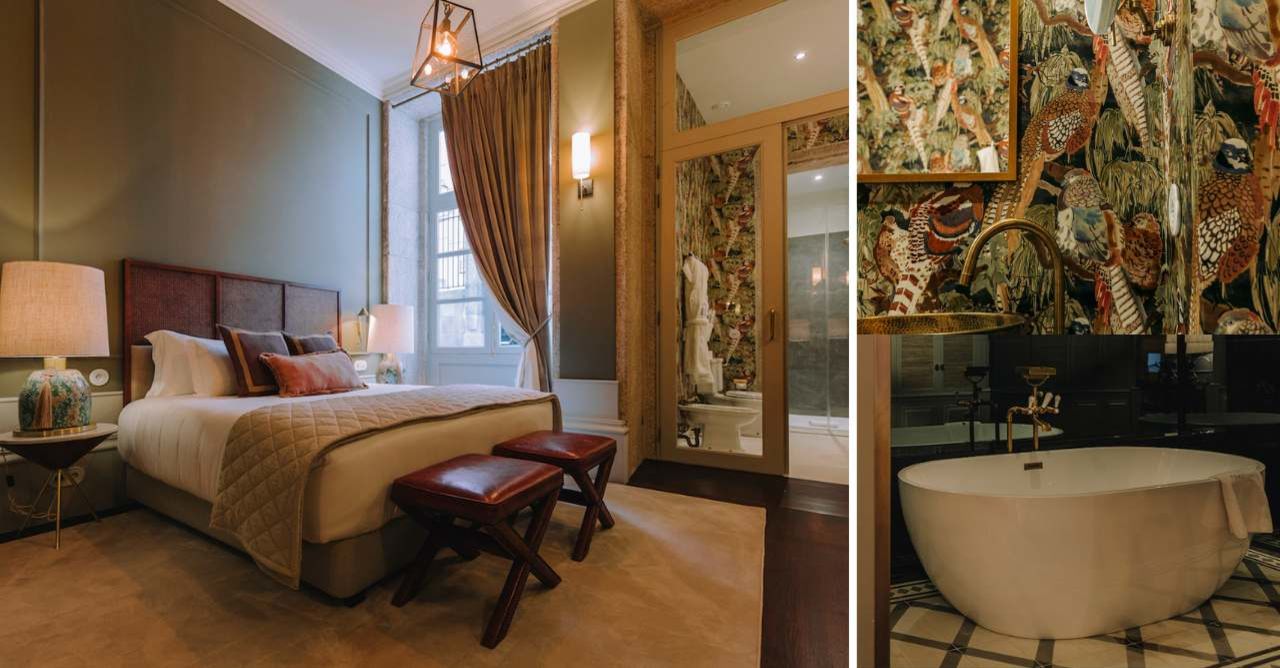 In our Torel 1884 Suites & Apartments, Exotic Birds (Pássaros Exóticos in Portuguese) are interpreted through the green that dominates the room, as well as through the velvety materials used in the armchairs and chairs that, in turn, represent the texture of the birds.

In addition, these are also represented through the wooden bed, with the headboard made of cane, and in the bathroom wallpaper, which is exclusively composed of drawings of birds.

This hotel room, in the center of Porto, has a bathtub and a twin bed.

See our other rooms in the Double Deluxe with bathtub category: #2 Malagueta, #3 Madeira Exóticas, #5 Café, #10 Porcelanas.

Pássaros exóticos are those that are not native to the country and stand out from the rest, mainly because of their sociability and intelligence. However, their plumage, colors, and song are also very distinctive features of these birds.

Pássaros exóticos are mostly found in Brazil and other South American countries, due to the tropical environment. 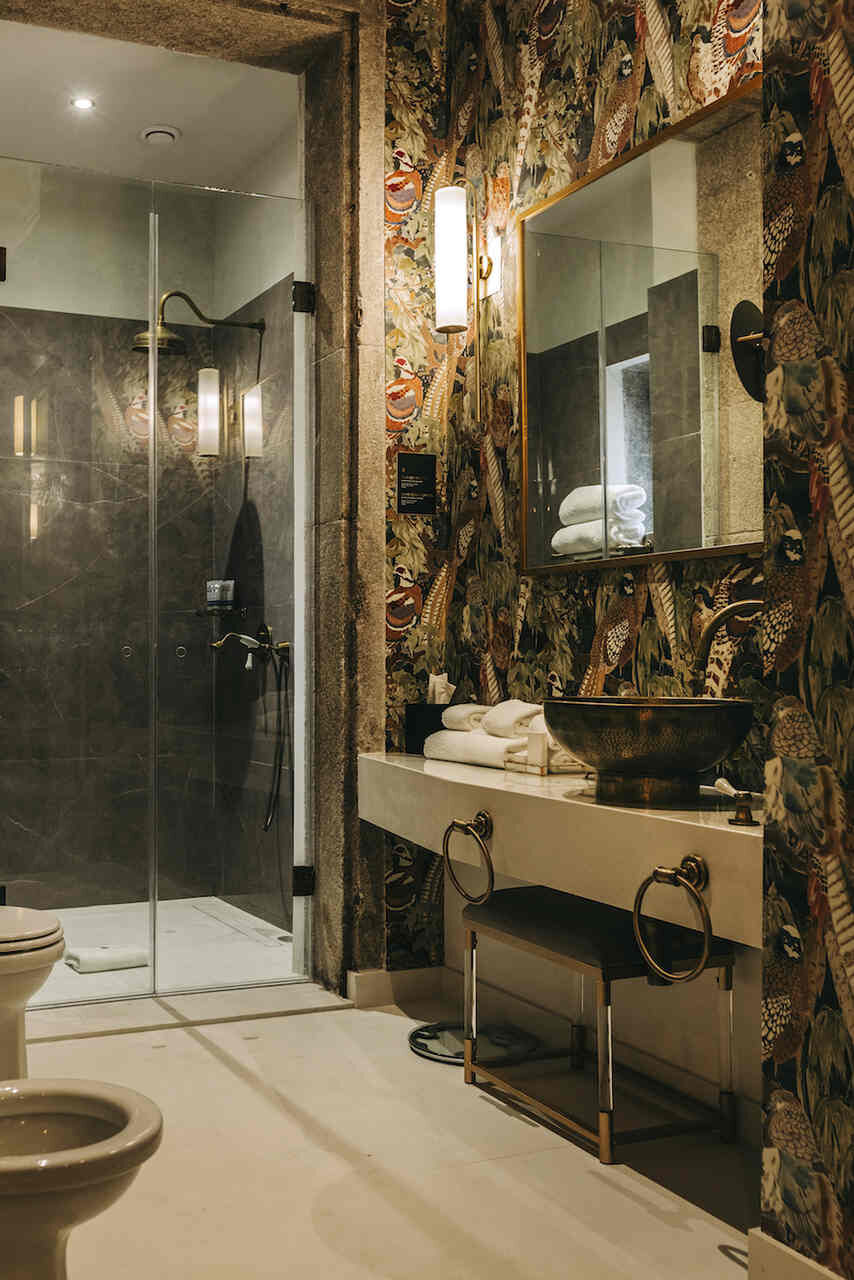 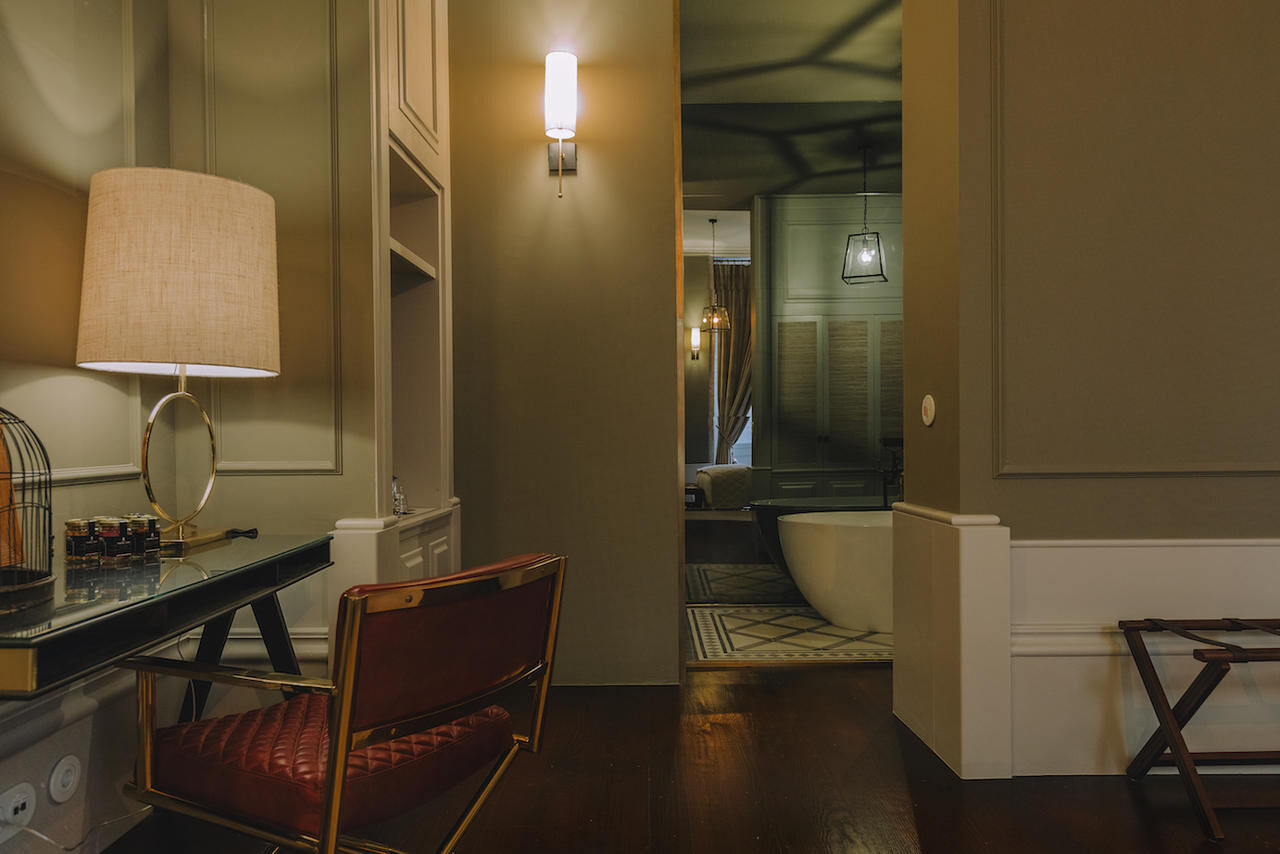 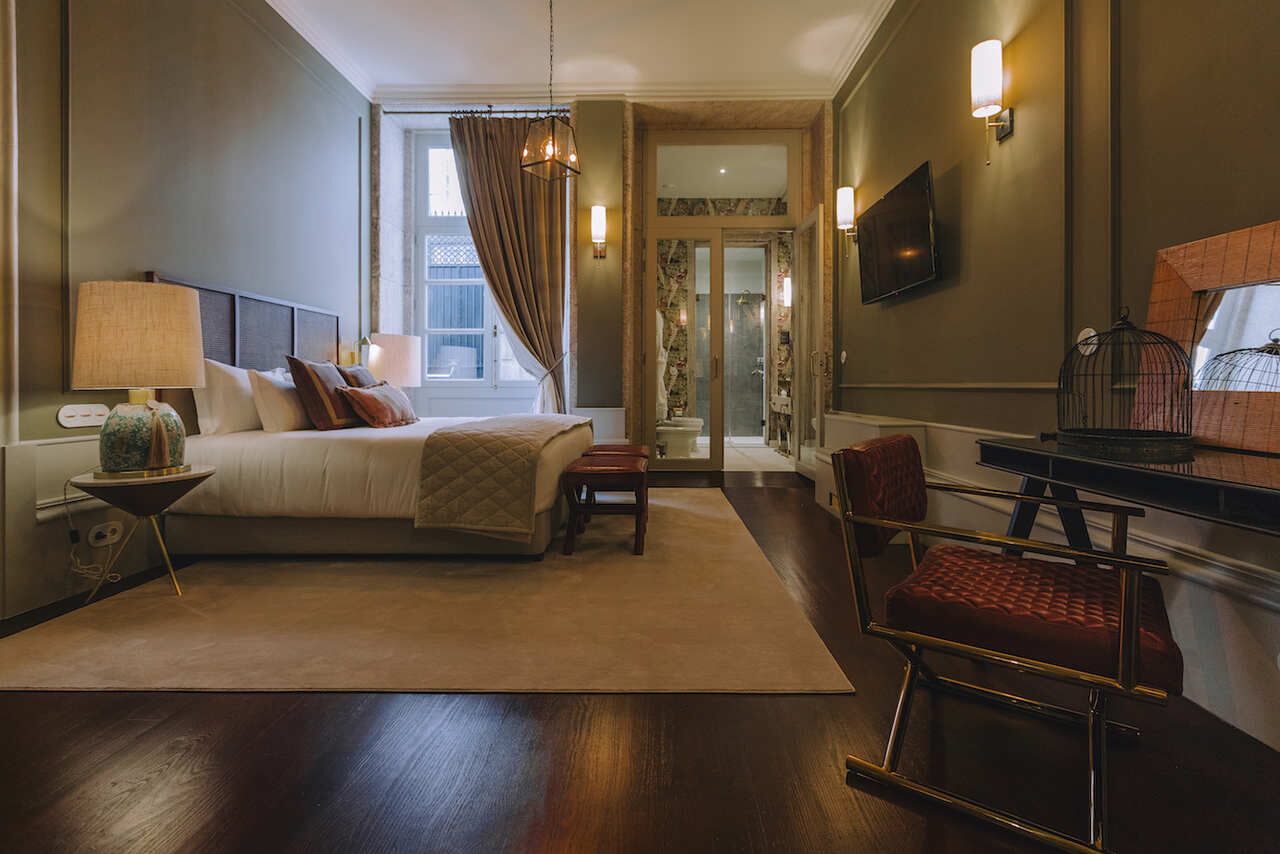 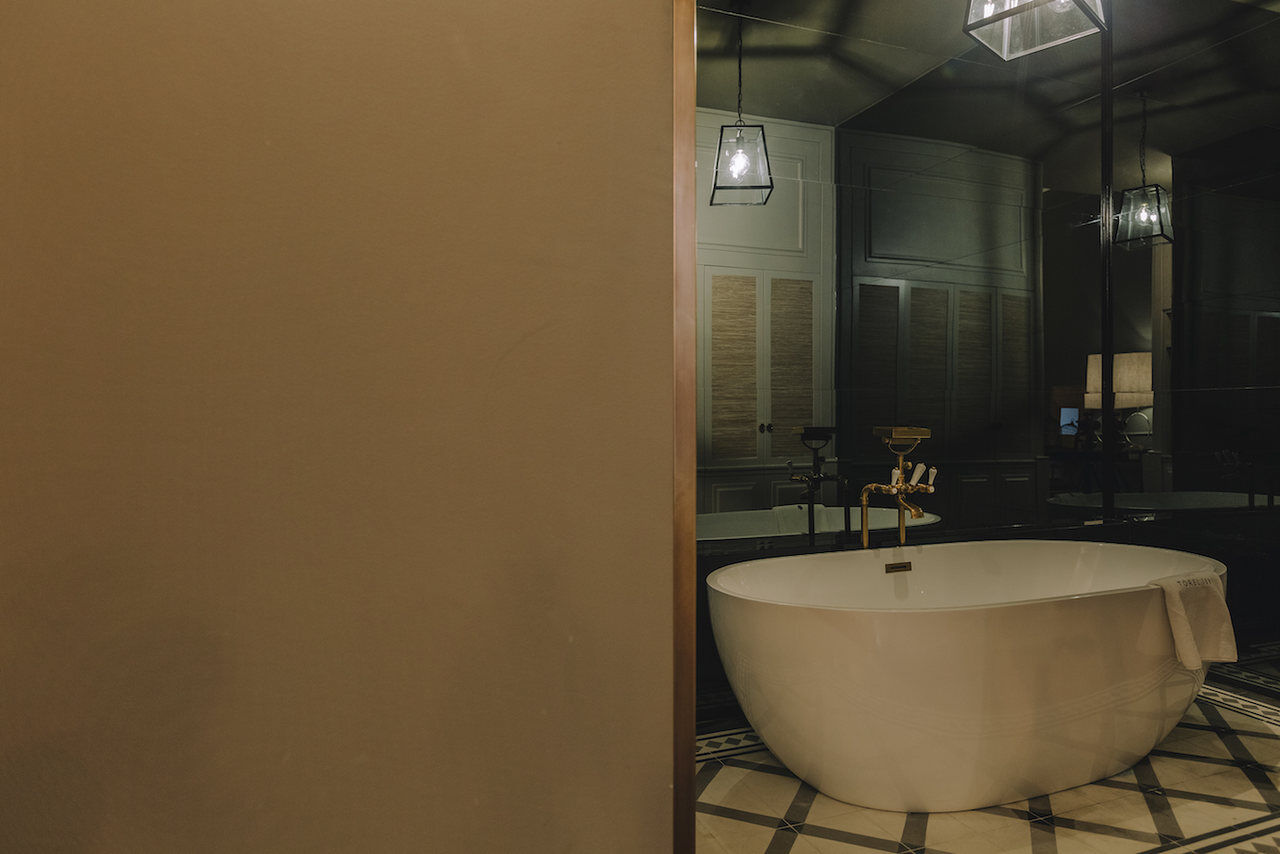